Wests Tigers buoyed of Souths clash
This topic has been deleted. Only users with topic management privileges can see it.
A
A
AmericanHistoryX Quote 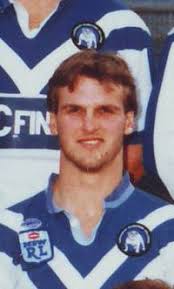 Mick Potter says the mood around the Wests Tigers has been lifted immeasurably this week following the Luke Brooks-inspired win over St George Illawarra last Saturday.

Brooks will be unable to play again this season after a scintillating debut against the Dragons due to salary cap restrictions but coach Potter has sensed a difference in his players’ mood ahead of Friday’s clash with high-flying South Sydney at Allianz Stadium.

“It was good for everyone at the club,” Potter said.

"Those young players did really well and we played a different way.

“There was bit more offload, a bit more flamboyance and freed up Benji (Marshall) to play his running game which he is known for and he excelled.”

The game will be skipper Robbie Farah’s record 202nd appearance for the joint-venture, eclipsing Chris Heighington’s milestone, in addition to the departing Marshall bringing up his double century of games for the Tigers.

Farah returns after a month-long absence due to a broken knuckle and said there’s a determination to make amends for the humiliating performance against Souths earlier this year.

In what was the lowest point of a dismal season, Potter’s decision to start Marshall on the bench backfired terribly as Michael Maguire’s side cruised to a 54-10 victory.

“We don’t want that happening again to us. It was a pretty embarrassing night for us,” Farah said.

“I think they were up 24-0 after 20 minutes. It was a really tough night. We need to start well and match them early.”

With the Sydney Roosters losing to Cronulla on Monday, a win for the Rabbitohs would return them to the top of the ladder - at least until Sunday when the Roosters host Gold Coast - putting Souths in pole position for the round-26 clash for the minor premiership between the two old rivals.

And subsequently, Farah believes any hope of the Tigers being taken lightly will disappear.

“We have nothing to lose, they have everything to play, where as we are playing for pride,” he said.

"But with the Roosters losing, this is pretty important to them and they won’t be taking it lightly.

“With no disrespect to the Dragons, this game will be a completely different kettle of fish.”

Potter paid tribute to his skipper’s achievement and said the NSW hooker ranks alongside the best players he’s coached.

“I worked with Stacey Jones over at Catalans and he was right at the end of his career,” Potter said.

"I am not saying Robbie is Stacey Jones, but he does carry himself like a leader and having that person on the field lifts the confidence around him which is what Stacey used to do.
“He has really now got that stature.”