Maguire not getting carried away with table-topping team
This topic has been deleted. Only users with topic management privileges can see it.

Maguire not getting carried away with table-topping team

Wests Tigers might sit on top of the Telstra Premiership ladder for the first time in club history but Coach Michael Maguire wasn’t getting too caught up in the hype after just two games.

Off the back of their 34-6 demolition of the New Zealand Warriors at Campbelltown, Maguire’s side sit unbeaten in first position with the best points differential in the competition — putting them on top of the ladder for the first time in the regular season in any year since the club’s foundation in the 2000 season.

It’s a nice statistic for Wests Tigers fans to hang to as they look to make it three wins from three in Round 3 against the Bulldogs, but Maguire wasn’t getting drawn in to the attention around his side’s promising start to the 2019 campaign.

“I don’t look at the table at all to be honest,” Maguire said. "At the end of the day it’s a table but for us as a team that’s something that is bigger than the ladder.

"I was more pleased that they played for the 80 minutes. We spoke about the type of team we want to be and that’s obviously one of them. If we apply pressure to any opposition then you get some rewards on the back of that.

“We need to learn how to back that up.” 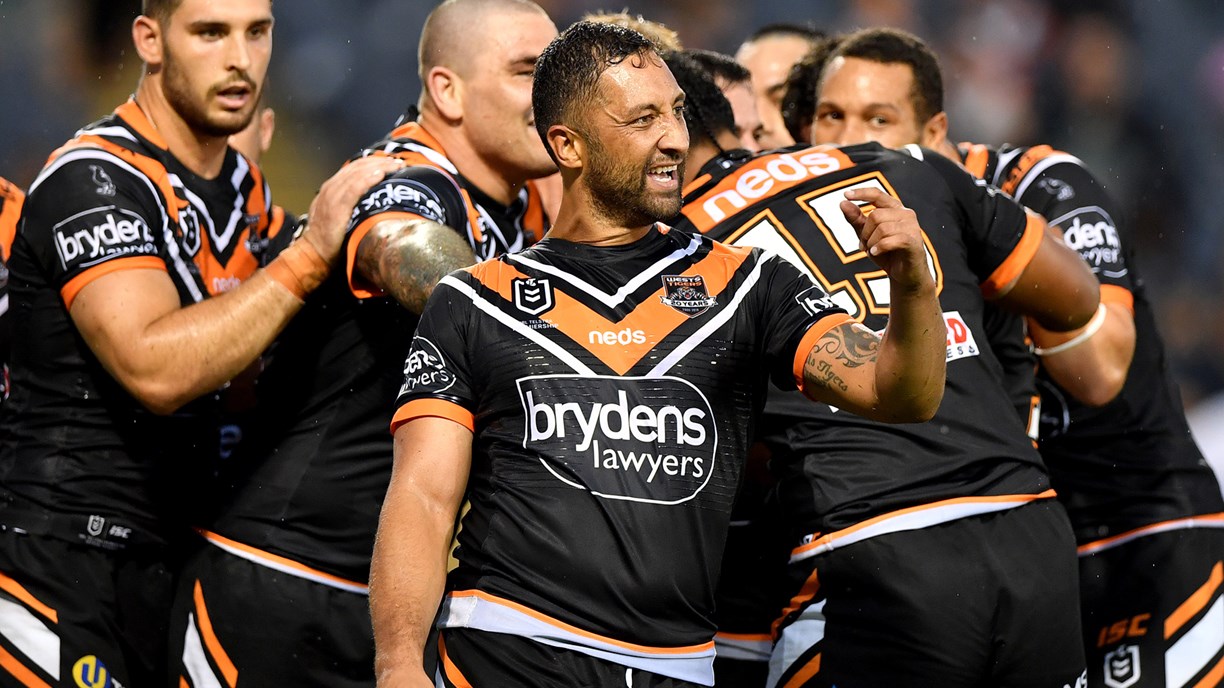 The return of fullback Moses Mbye added plenty to his side’s attack, with the spine of he, Luke Brooks, Benji Marshall and Robbie Farah combining for the first time in 2019, having finished off the 2018 campaign together in impressive fashion.

“I was pleased with how they went about things,” Maguire said. "They stuck to the plan and were able to do the things we spoke about and wanted to achieve.

“We’ve got to keep building on that but it’s nice to see the boys get some rewards for the stuff they’ve been doing… I’ve got a strong spine that’s doing their job.”

Very sensible approach by Madge. This team’s priority is long term. Every game won is a stepping stone to our main aim which is to reach the semi-finals for the first time in many years. Once that goal is achieved we begin to look seriously at our next goal which is progressing through the semi- finals.

last edited by
B
B
BigUnit Quote

Another record we have yet to break is keep a side scorelesa since Wests tigers inception.

Another record we have yet to break is keep a side scorelesa since Wests tigers inception.

Yep glad we are not getting ahead of ourselves after two rounds and focussing on 80 minute performances is a sound strategy. We have some winnable games in the coming weeks but some tough ones too that will test our discipline. Naturally I’d be happy to be 11/0 up to the bye, but realistically I’ll still be feeling good if we are anywhere from 7/4 upwards.

What a party pooper Madge…boooooooooooo

I am not getting excited to we start rolling some of the top five sides during the mid year grind section of the year.
I have said it for years, we need to be able to win three games a month all season and not have streaks of wins and losses.

I would hope no one would be getting carried away with a couple of wins if we’ve learned anything from last year.

Yep let’s not get too far ahead of ourselves BUT this is a very different team to last year. Last year there was a sense of overachievement with amazing effort getting us over the line. This year it’s different - it’s a very fit team, playing to their strengths and a well constructed game plan

Last year we were getting by on our defence early, arguably taking advantage of the top teams still getting into their rhythm early. Our attack was bog average though.

I think we have one of easiest early season draw this year. We did great against the Warriors but need to keep capitalising on the home games against the bottom teams.

At some stage we could easily loose four in a row. Like R8 Roosters away, R9 Penrith in Brisbane , R10 Storm in Melb, R11 Souths away.