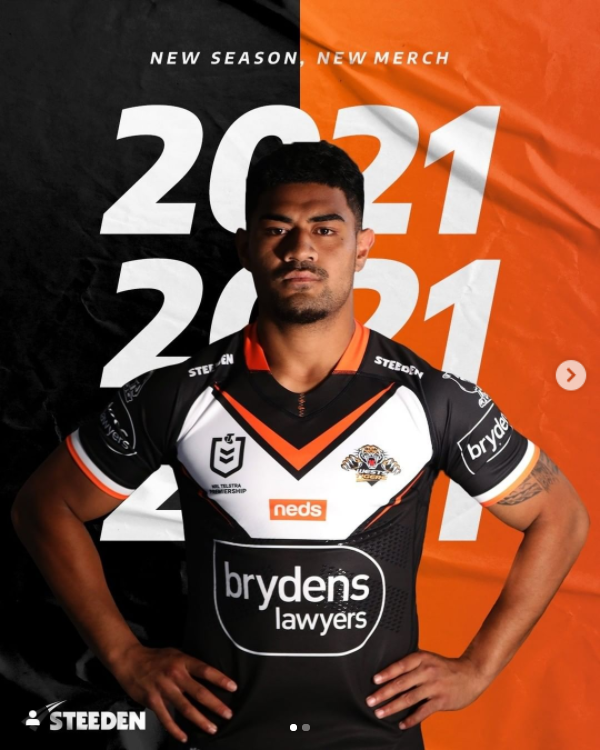 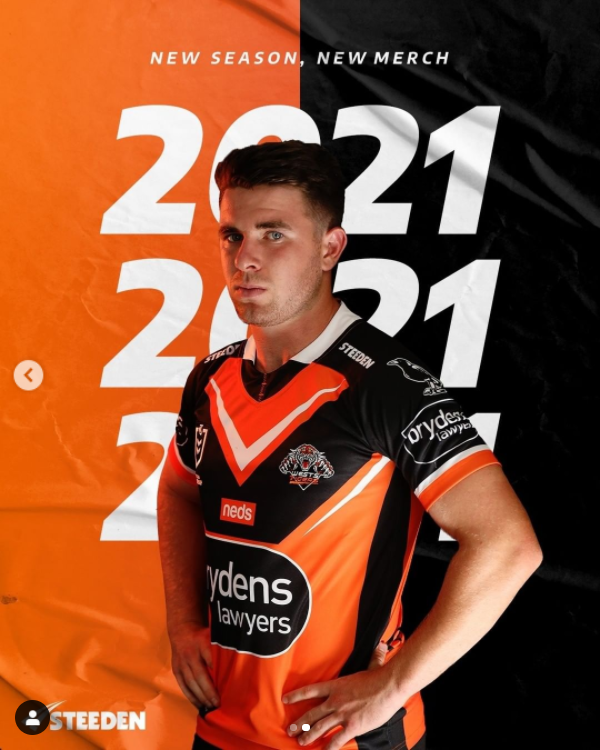 I like the jerseys. Thinking of purchasing one for the first time in 10 years!

The Wests Tigers could lose winger David Nofoaluma amid reports he will consider shifting to a Sydney rival as he chases a pay rise.

Nofoaluma comes off-contract at the end of next year and would command significant interest on the open market after a strong 2020 season.

The Daily Telegraph reports Parramatta are a likely suitor for the 27-year-old who could command as much as $450,000 a season on the open market.

Nofoaluma has a relationship with Eels coach Brad Arthur and considered joining teammate Mitchell Moses as a replacement for Semi Radradra in 2017.

It is understood the Tigers have tabled a three-year offer to Nofoaluma but have yet to secure his signature.

Come on guys, be more onto it. These types of articles are plants by managers to achieve certain negotiation positions. Our club won’t fall for these tricks anymore.

Also Wests Tigers fans: Does the CEO have a gun, when’s he getting a haircut, etc

Also Wests Tigers fans: Why did they can the CEO interviews after one ep?

WT fans make me laugh. The entire fabric of this club actually makes me laugh. By all accounts we should have folded by now, yet here we are. Our fans are some of the most tragic people you will meet.

Nof should be eligible for the veteran’s allowance. After this season he has been in our system for 10 years (played NYC in 2011).

Mayor Darcy Byrne says he has been in talks about an upgrade.

It won’t get any cash from the government because it’s too close to SFS rebuild, and ANZ.
WT best chance is a new stadium at Campbelltown, hopefully seating more than 20,000 people.

I didn’t say anything about using Campbelltown as a fulltime venue.

SFS WOULD BE THE LAST PLACE FOR WTS TO GO

Can’t agree with that. The SFS is only 10 minutes away from Wests Ashfield and 20 minutes from the COE. A perfect location with 45K capacity.

Except it is in the Eastern Suburbs.

I know you don’t like it @cochise but it really it ticks all the boxes.

Except being in the Eastern Suburbs lol

You mean the outskirts of the city that is easy to get to. 20 minute walk from Central or 7 minutes by bus. Its not at the beach.

Who cares what LGA it is in. We’ll never agree on this one.

Because we are a team called Wests that shouldn’t be playing in the Eastern Suburbs.

It’s only a name not a location.

No its a location

The perhaps we should be playing out of Pratten Park or Lidcombe Oval then !!!

Well they are in the West, but there are stadiums that are more appropriate in the West. To be honest a Wests Tigers team playing in the Eastern Suburbs just continues to promote a confused identity.

Only for a very few. The greater public wouldn’t care.

In your opinion. We already have a very confused identity. For a club like ours, consistency of jersey, home ground and celebration of the club history is crucially important.

We are not the Western Suburbs Magpies nor are we Balmain. It’s Wests Tigers by name which has nothing to do with any location.

With great respect @mike…you have mentioned one of the greatest stumbling blocks our Wests Tigers has.

“Wests Tigers by name WHICH HAS NOTHING TO DO WITH LOCATION” due to the fact ‘We don’t have a location’.

I think We are the only team in the National Rugba League that is not associated with a designated area/location ie Manly, Penrith, Cronulla etc.
And We desperately need one, as I personally have had enough of being a nomadic gypsy Team.

We certainly need one modern home ground, that’s for sure, at least 30K capacity. But where? SFS, BankWest or ANZ? Not one of them is perfect. One of them is Parramatta Stadium, at least that’s what the locals call it. One of them is too big in some people’s eyes. The last is in the Eastern Suburbs so can’t have a team with Wests in their name playing there. !!!

Mate that is the problem and why there is so many differing opinions. No option suits us perfectly and everyone sees a different aspect they would compromise.

The ideal situation would be a 30k stadium at Olympic park, but isn’t likely to happen.

Before covid, Olympic Park was going to be redeveloped to suit smaller audiences. There would be three tiers. The top two could be separately closed depending on how well promoters thought a game would sell. It would have created a more intimate effect for regular season games.

It’s a shame it didn’t happen, but probably for the best considering the insane amount of money they were going to spend on it.

Hope it’s livestreamed with commentary. Even better would be if it were televised with full production.

Stefano makes some of our players look very small. Excited to see him play for us.

Seems to be suggesting we have done wrong by Aloiai. Saying it’s up to Josh to release his side if the story.

Pm if you can’t say online.

That guy makes his earning by being on the side of the players. Even his marketing & branding for “Bloke in a Bar” is dominated with current players. If he sided with clubs, it could ruin his business. Would definitely carry a high level of bias.

Ummm…sorry but if you want no nonsense, unbiased hard nosed facts you go to Denan Kemp. End of story.

He gets his info from the players not the clubs. Of course the players are going to cover their own hides if necessary. In almost all cases, the statements players make through him are 100% factual. This is backed up by no club ever refuting any claims made by players, such as Brad Takairangi sharing his experience about signing for us.

Considering the club has made several comments about Aloiai’s behaviour, anything he says will carry a high level of doubt.

Maaaan…Its getting exciting again!
Looking forward to seeing the new recruits, and hopefully Twal and Musgrove at 100% again. Oh yeah, and Mbop was always a solid player who seems like he lost his mojo somewhere along the way…hope he gets it back, doesn’t need to be a game-breaker (would be nice, of course) but just not horrible or missing like he was this year. But Brooksy better be a game-breaker.
Thank you WT for giving us a little hope for the future.
P.S. I hope the club does what’s needed to keep Nof… After the Teddy fiasco, my heart couldn’t take it.

That’s the thing, Mbye is actually a game breaker. He was just horribly utilised at centre last year. If Madge learnt one thing last season I pray that he’ll never play him there again.

Mbye could be a good fullback if he could catch bombs. That’s it. He has just about every other aspect of play figured out. His skills of organisation of defence is possibly the most important attribute he has. Almost worth having him there just for that.