What's in the Media

Cobarcats said:
I'm so broken that my dog whispers when it sees me.
I reckon you were like Noffa, after scoring a try you would look for the cameras

Lauren said:
OMG how adorable (and staunch) is this kid There’s every chance Lachlan McShane could be the only Wests Tigers fan at Mount Smart Stadium on Sunday – and that would suit him just fine.

I'll back him all the way.

I'll back him all the way.

He's quite the superstar and seems too sensible and wise for that gig. Perhaps a future Warren Smith or Rabs?

Macca0806 said:
This is my son Lauren and I can assure you he is very loyal and absolutely loves the club and anyone who wears the Wests Tigers jersey.

Regardless of the result he goes to the fence and refuses to leave until he claps all the players off the field. The players appreciate his support and it makes you realise that it is only a game and you need to support your team through the good times and bad. I think we can all learn a thing or two from him.

I look forward to seeing him enjoy their success when the tide eventually turns just like we all did in 2005.
Click to expand...

Good to see that you and mum are bringing him up the right way.

Hope the Tigers can turn the corner and really make him happy because he deserves it for being so loyal.
M

big ,callout 2 the peeps on the Hawksbury.with water lapping at their boots/c u on the flip side

Location
Inside of you

Yeh me bad doohhh. You had no trouble understanding it though

My best mate on the forum Merlot takes it like a man.

Former Japanese Prime Minister Shinzo Abe has died after being shot while campaigning in the western city of Nara.
Not entertaining any polital hype other than I hope he rests in peace and comfort and condolences to his family. 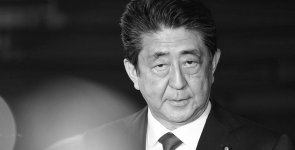 Nine - The Mole - Isaiah Papali'i assures Wests Tigers he will honour contract.
The Isaiah Papali'i backflip crisis is officially over, with the Kiwi star assuring the Tigers that he will join them next season.

Sydney Morning Herald - Hooker could be the latest West Tigers player heading for the door.
Jacob Liddle is the latest Wests Tigers player whose future is clouded after the club allowed him to explore his options beyond this season.
Liddle is contracted to the Tigers until the end of 2023, but the arrival of Blues and Panthers star Apisai Koroisau from next season will further limit his opportunities. Several clubs looking to bolster their dummy-half depth are monitoring the situation closely.
St George Illawarra coach Anthony Griffin has met with Liddle about the prospect of joining the Red V. The Dragons have Andrew McCullough on the books until the end of next year, who only recently celebrated his 300th NRL appearance. The joint-venture has used Jayden Sullivan at dummy half at times but is yet to settle on its preferred back-up option.
Parramatta - who are farewelling Reed Mahoney and welcoming Josh Hodgson at the end of the current campaign - are monitoring the situation, as are the Gold Coast Titans.
The development comes just weeks after Luciano Leilua was granted an early release to join the Cowboys.
Liddle has been in and out of the Tigers side this year and has been overlooked for Sunday’s clash with Penrith. Fa’amanu Brown will wear the No.9 jersey as part of a team shake up that includes moving Jackson Hastings to lock, with Adam Doueihi moving into the halves alongside Luke Brooks for the first time this year.
There has been ongoing speculation about the futures of several current and prospective Tigers players as the club prepares to name its coach for next year. Tim Sheens is poised to take up the role a decade after being sacked by the club, potentially with Robbie Farah and Benji Marshall as part of his brains trust.
The Tigers had hoped to lure Cameron Ciraldo to Concord, but Sheens is now the firm favourite for the role after the Panthers assistant knocked a long and lucrative offer.
Isaiah Papali’i is signed to join Koroisau as a marquee recruit for next year, but the club had to allay concerns the Parramatta backrower had about the move. Papali’i committed to the Tigers while Michael Maguire was coach, but his sacking raised questions about the direction of the club.
Those concerns have largely been allayed after a recent meeting between the parties and the former Warrior is now expected to go ahead with the transfer.
“He’s assured us since that everything is fine, Sheens told the Herald on Tuesday. “I’m comfortable that there is no problem at all. He’s looking forward to training with us when he joins us after the World Cup.”
The future of Brooks, who will be paid a seven-figure sum next season, continues to be a point of conjecture, while Hastings is said to be unsettled after being switched from his preferred halves position. Hastings, contracted until the end of next year, has been one of the Tigers’ best in their campaign to date. Why Brown wants in on Tigers bright Nu future

Fa’amanu Brown had a mountain to climb to make the NRL’s comeback game and now the in-form utility is hoping to lead Wests’ next generation out of the rugby league doldrums. 'I love coaching': Kimmorley keen to be part of Tim's Tiger revolution

Wests Tigers interim coach Brett Kimmorley heads into his fifth game at the helm still searching for a win but regardless of how the rest of 2022 plays out he says he's keen to stay involved when Tim Sheens takes charge next year.

The Brown article was nice.

They wrote Robbie Farrah with two R's tho.

So Joey manu's fake injury while football in hand does that mean if it happens again and a player is really injured 2 or 3 defender's run in and tackle are the defender's going to be penalised and get blasted by the media and the injured players club?????????????

Garrry said:
So Joey manu's fake injury while football in hand does that mean if it happens again and a player is really injured 2 or 3 defender's run in and tackle are the defender's going to be penalised and get blasted by the media and the injured players club?????????????
Click to expand...

Ha ha. Apparently he felt a cramp coming on and not an injury.
Going down with a fake injury, especially on the blind side, then jumping up to set up a try is an old play

Cobarcats said:
Ha ha. Apparently he felt a cramp coming on and not an injury.
Going down with a fake injury, especially on the blind side, then jumping up to set up a try is an old play

I know it's an old play
We'll have to wait and see what happens, if defender's get in trouble, if the next injured player is a rooster's player it will be interesting if they sook in the media

Play to the whistle...
M

Getting goosebumps reliving this interview
M

Gazman said:
Getting goosebumps reliving this interview
Click to expand...

Lauren said:
Is anyone able to post the Harry Grant article re:Benji from the DT please?
Click to expand...

I think Kearnsy had a DT subscription but I haven't seen him on here for a while...anyone else have one?

Lauren said:
Is anyone able to post the Harry Grant article re:Benji from the DT please?
Click to expand...

Grant and Marshall combined at Concord in 2020, a one-year swap deal organised by Michael Maguire allowing the Melbourne hooker in Grant a first-grade opportunity at Leichhardt, in exchange for Paul Momoirvoski for the remainder of the season.
Providing the Storm with coverage in the backs and the Tigers an elite option out of dummy-half, the chance to play regular NRL football saw the sandy-haired Storm rake not just excel, but debut for Queensland later that year, scoring the match-winner in a Suncorp decider.
While there are a million qualities you could list when trying to name the ideal coach, the hooker believes that Marshall holds the one key draw card every coach needs - respect.

Flash forward to nearly two years after their last game together, and Grant has gone from praising a senior player, to praising a future coach.

“It’s pretty exciting for Tigers fans to have Benji back in the box seat. He’s honest. As a player he would always tell you how he was feeling, if he liked something or didn’t like it, which is a great trait to have as a coach" Grant told The Daily Telegraph.
“He’s also got so much respect from the boys because of everything he has done, his experience and he’s faced adversity over the years as a player. A lot of things he has achieved and been through will set him up to go well in a coaching gig."

Marshall will take the reins after a two-year return from Tim Sheens, meaning the former five-eighth will transition into a head coaching role at the ripe age of 40, about 23 years after his first-grade debut for the same club.

“He helped out a lot. I learned a lot about the NRL and what it takes to play in the NRL.”